The famous church of El Buen Suceso (Good Success) has possibly been the building with the worst luck in our ancient and contemporary Madrid.

The history of the Buen Suceso Church  is divided into three acts, each one focused on a different area and history of our city. Let´s begin:

Act one: the origins of Buen Suceso Church.

First of all, we need to travel to the times of the Catholic Monarchs, to the very emblematic square of La Puerta del Sol, the heart of the Village, (If you want to discover the story behind it …the team of Vive Madrid will be waiting for u in the morning to enjoy our Madrid historical tour). Back in these days´s the queen Isabela decided to build a small hospital in between Alcalá and Carrera de San Jerónimo streets along with a hermitage that attended to members of the court, soldiers, and the citizens who were suffering the black plague in Madrid. 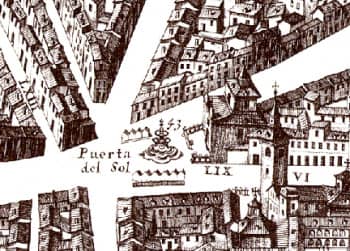 Years later, Carlos I decided to build a Court hospital in this same place, which over the years became a series of buildings, corralas, but which still maintained the old hermitage that served as a hospital and church at the same time. But it was replaced during Felipe II time by a new building built with the main purpose of serving as a hospital.

Against all odds and some restorations during the 1700, our Church was able to enjoy more than a century of peace… until the well-known date of May 2, 1808, when the people of Madrid rose up in an armed confrontation against Napoleon’s army.

During this conflict, the French entered the church, looting it. But somehow, someone managed to hide the small image of the Virgin and put it safely in the neighboring church of El Carmen, where it was until in 1813 José Bonaparte and his army left the city and the image was able to return home. And despite the fact that it was reformed again a couple of decades later … in 1854 the demolition of this historic church of Madrid took placed.

After the demolition, it was decided that a brand new church would be built, but for sure, it would not be that simple because it took several years simply to make the decision of where to locate it, until in 1864 his new home, Calle Princesa, was chosen. 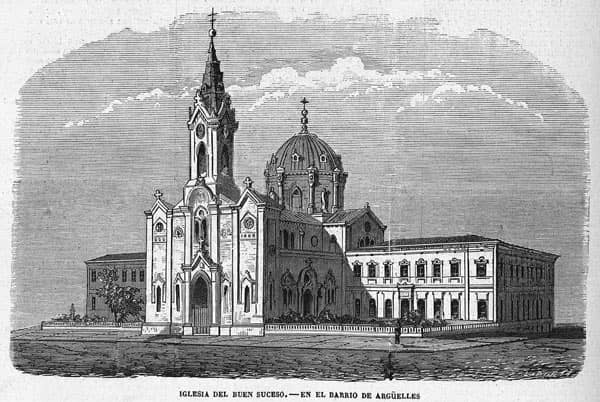 Of course, the story couldn’t end that easily. In 1868, La Gloriosa explodes! (a military uprising) so Isabel II was expelled from the kingdom, originating of course new delays in the finishing of the project which was finally carried out in 1876. In the midst of those more than 10 years of delay, the part that had been built previously, already presented complications. Decades passed and we reached April 1931, with the Second Republic, part of the building was repaired, it was desecrated and it became a hospital and a library at the service of the younger residents of the neighborhood … services that disappeared after 1939 and the beginning of the Franco regime.

During this period it recovered its function as a church but also kept the hospital, until finally, in 1970, it was decided to open the area and space in this part of the city… so… the government demolition it for the second time in history!

This is the end of the second episode of this apparently cursed church … or not?

What has been left of this church apart from the memory of the neighbors? Well, many of its ashlars, ruins and rest, are currently abandoned in Madrid’s Monte del Pardo, where you can go and visit it! 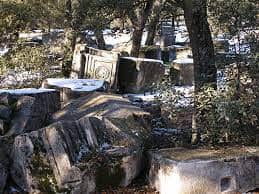 I promised you a third act, right? Let’s go for it, 1977, the land is put up for auction, and the new licenses were quickly awarded and the new owner of the land decided that he would build some apartments building … but also a church! 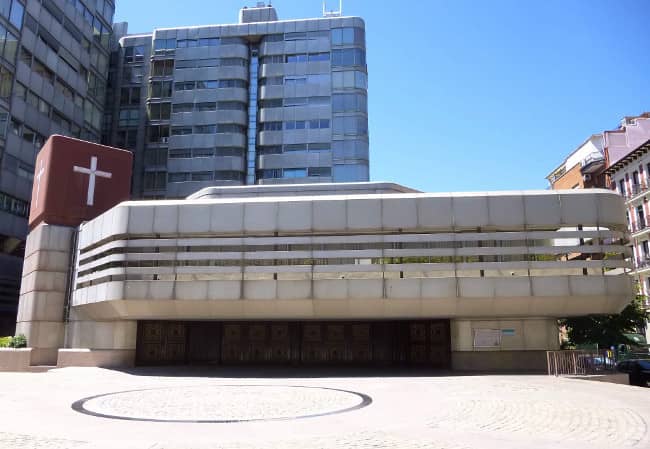 which was built in 1982. But, can you guess the name they gave to this new (and looking) futuristic church? Indeed, Iglesia del Buen Suceso, thats it!

Closing this way (at least, for the moment) the story behind one of the best-known and worst-luck temples in our history.

If you like and enjoyed this post and you want to keep knowing more about the city of Madrid, we are waiting for you at Puerta del Sol ready to continue discovering all that this beautiful city has to offer in our free tour Madrid! Do not miss it!