Walking around the center of Madrid there are some tiles in many houses that say “Visita G. Manzana” (manzana=apple, althought block of houses in this case) with a number, or “Visit G. Casa” followed by another number.

It is one of those things that does not attract the attention of the locals. This is one of the many things that go unnoticed, as being in our cities can hinder our sense of curiosity. However, if you look up while walking through the center, you will quickly be awakened by the Visita G Manzana tile. 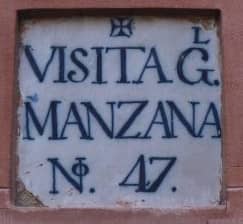 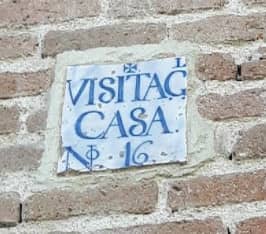 A Visita G Manzana or General Visit was a route prepared by the Junta de Aposento (old Word for “tax office”) to collect taxes. Do you know the Regalia de Aposento and the “houses of malice“? We have an article about this topic. For now let’s say it was a kind of yearly tax of property. 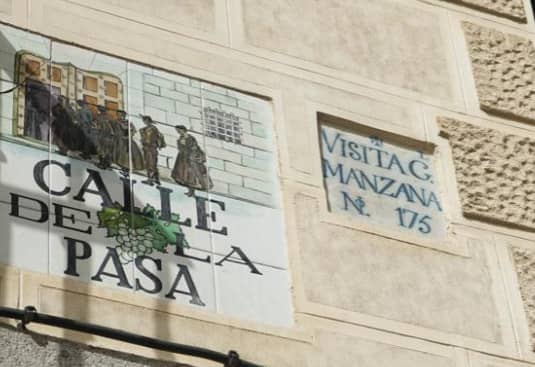 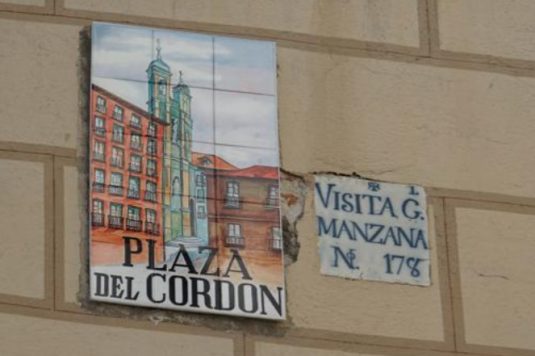 The town had been the capital of the kingdom for about 200 years, becoming a large city. The problem was that it was not well organized and the streets did not have an official name, but rather colloquial or popular. So colloquial that there were streets like “that with the sand”, “that of the embroiderers”, “that of the Apple”, “that of the Green Cross”, without ceasing to be a name accepted because of ancestral use. Many current official street names certainly come from the popular name that was once given to them. Finding specific houses with addresses such as those had to be something of a complication for tax colletors. 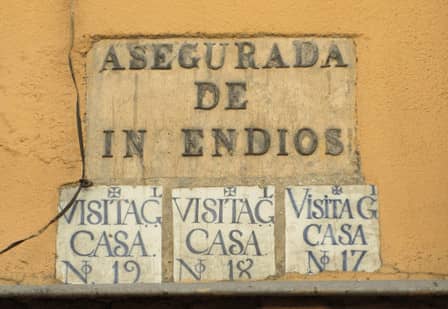 “Yes, you have to go to Blabla Pérez’s house, on the street of the tanners next to the Isidoro butcher shop”. Wonderful, isn’t it?

Thus, the Marquis de la Ensenada, during the times of Fernando VI, decided in 1749 to give a number to each block, and to number the houses by block concentrically. In this way, the tiles refer to the General Planimetry of Madrid. There are a total of 557 blocks plus the Royal Palace, which was not taxed. The map by Antonio Espinosa de los Monteros from 1769 shows them all in detail. 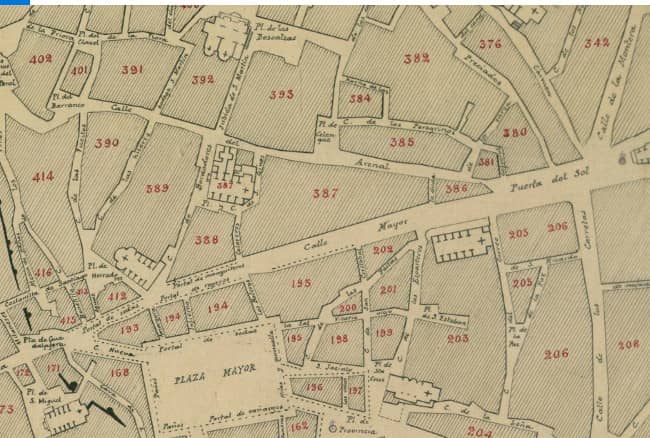 This system also had its own problems, since it was possible to find two houses facing each other with the same number because they were on different blocks. Imagine walking down the main street and seeing gate number 2 ten times. Or a house being demolished, something quite frequent, giving birth to two blocks where there used to be one. There were also houses that had two entrances, or one that was closed, moved, or fully walled. 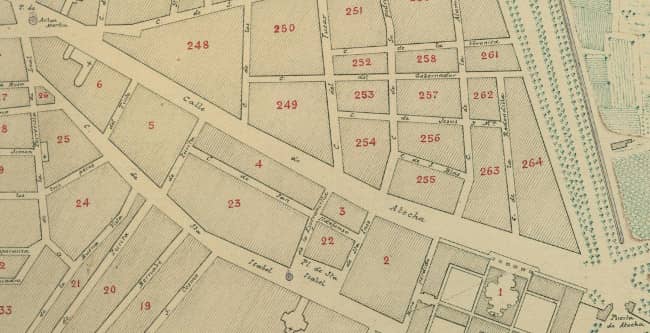 Then in 1835 with the Marquis de Pontejos as corregidor (mayor) of Madrid, the current method was established. At first the numbers all followed one sidewalk, then reached the end of the street, crossed to the other side, and continued back from that other side. Let’s imagine a “u” shape. That was still not the easiest solution so they ended up putting the even numbers on one side, and the odd numbers on the other, with Puerta del Sol as a reference to start the count.

You are more than invited to join one of our free tour Madrid to look out for all these curious things as the Visita G Manzana and discover all the hidden wonders of Madrid.