Christmas is here and with it also come the atmosphere, carols, street lighting, Christmas trees and traditional nativity scenes in Madrid.

The “Belen” is the representation of the birth of Jesus Christ as well as Mary, Joseph, the boy, the ox, the mule, the manger, the Star of the East, the Three Kings, etc.

This tradition dates back to the year 1223. St. Francis of Assisi, founder of the Franciscan order, was going through economical hardships with other religious men. The lord of Greccio, Italy, invited them to celebrate Christmas in his lands and San Francisco decided to represent the biblical scene of the birth of Jesus in a cave. It became a tradition from the 15th century on, having a factory of figurines in Paris in 1465 and another one in Alcorcón, Madrid, in 1471. Later it would be extended in Siena or Barcelona, becoming something very established in Italy and Spain.

The key moment for Madrid “Belen” was the arrival of Charles III in 1759. Before sitting in the throne of Spain, he was first Charles VII of Naples, “Belenismo” had become an institution in Italy, and from this moment, it was promoted to art category in Madrid. Queen Maria Amalia of Saxony, Charles’ wife, decided to install the nativity in the Palace of Buen Retiro. The nativity scene that was installed in the Royal Palace was the “Prince’s Belen”, since at first it was a gift for the future Charles IV.

Although it is no longer represented so much in the houses, the spectacular nativity scenes of Madrid are still a marvel. There are so many to choose from that you can do an exclusive Belen tour! Here is a list of some of the most important nativity scenes in Madrid. Few of them even have audio guides. 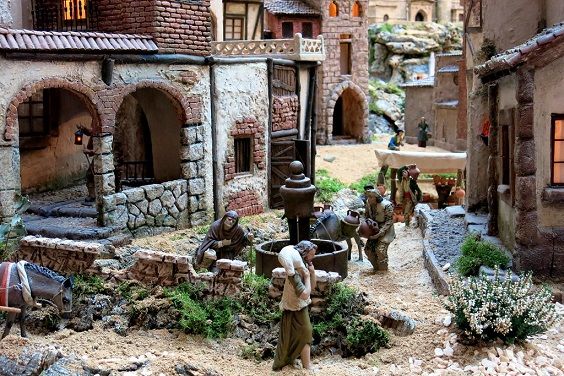 It is the municipal Belen. From November 29 to January 5. 200 pieces of great realism. You can book online for 50 cents or queue at the entrance. Duration 20 minutes.

Bethlehem of the Community of Madrid. From December 10 to January 5. More than 400 figures. It is visited by about 120,000 people a year and takes about 170 square meters. It even reproduces the Sea of Galilee.

3. Neapolitan Belen of the Royal Palace

It has its origins in the former “Prince’s Belen” aforementioned. From December 6 to January 7.

Yes indeed, a Belen made from Playmobil clicks, with more than 3000 figurines. From December 22 to January 5. It is located in the Cultural Center of la Villa, Plaza de Colón 4.

It recreates the old square where the convent itself is locted. From December 14 to January 12. Some of the figurines are up to 300 years old.

And those above are just a few of them! It is also worth mentioning the nativity scenes of the Casa de la Villa, the Casa de Cisneros, the Convent of the Carboneras, the Basilica of San Miguel, the Almudena Cathedral or the Museum of History of Madrid that will also be part of the permanent collection due to its artistic value. 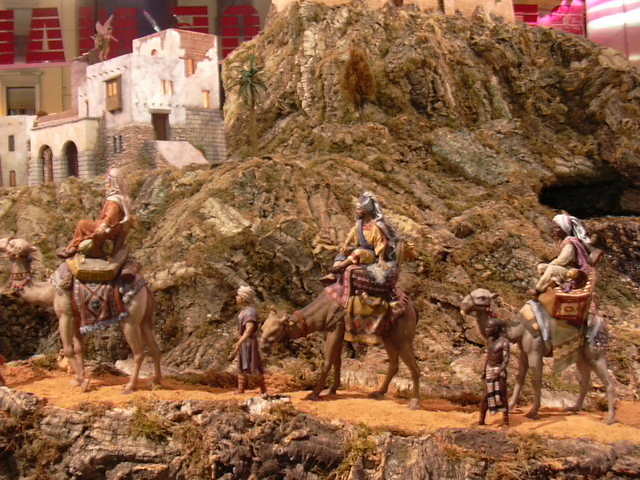 We hope now you have some extra plan in Madrid. If you want to know more about the history and traditions of the capital, as well as the legacy of Carlos III, do not hesitate to take our Free Tour Madrid .

Calamari sandwich: why is it the most typical sandwich in Madrid?
The Traditional Madrid. What`s the origin of our identity?
The Best Free Tour Madrid to delve into the heart of the Capital of Spain
posted under: Art, Culture, Curiosities, Madrid