Not all the jewels of Madrid are in the tourist center area. The Parque del Capricho is one of those unknown gems and it definetely deserves attention.

Located in the Alameda de Osuna neighborhood (metro line 5) and 14-hectare big Parque del Capricho dates from 1787. The Duchess of Osuna, María Josefa Pimentel, one of the most important ladies of the nobility of the time, bought these lands on the outskirts of Madrid to build a recreational area, which was finally completed in 1839.

It is one of the most outstanding examples of landscaped garden in Spain. There are three types of gardens: the French style or parterre, with its more refined touch, the English style, more prominent in the park and wider, and the Italian style with its fountains and statues.

Some of its most interesting “capricho” (whim, caprice in Spanish) are the Dance Casino, which was the party celebration area, the Temple of Bacchus, a marvel of Ionic columns that gives the park a romantic touch, or the Labyrinth. It also has a palace, restored after the French occupation and a fully equipped farmhouse called the Casa de la Vieja. There is also a fort, a hermitage and a pier of falúas called the Casa de Cañas. 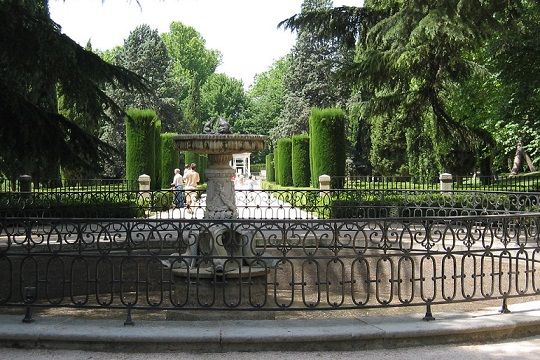 One of the most curious things about Parque del Capricho is the Civil War bunker. It was called the Jaca position, with space to keep the General Staff. It is a precursor to the bunkers of World War II, prepared for chemical warfare, it was closed tighty with a ventilation system and it is built 14 meters below the level, and in addition to that its structure can withstand pumps of up to 100 tons. It can be visited under reservation. 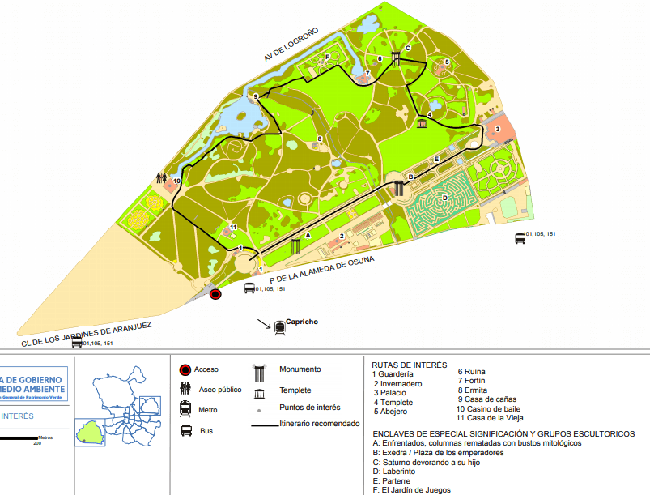 Here you can also find concerts, theater and ball celebrations called “Afternoon of Caprice”. It was also the scene of the filming of the movie Doctor Zhivago. The opening hours are on Saturdays, Sundays and holidays from 9 a.m. to 6:30 p.m. from October to March, and from 9 a.m. to 9 p.m. from April to September. Let’s enjoy this park either as a moment of relaxation, or by sightseeing in your own city! We highly recommend it. And if you want to know more about neoclassicism and the Enlightenment in Madrid, do not forget to take our Free Tour Madrid . Enjoy this place and give yourself a treat or a capricho!

Los Caños del Peral - The Pipes of the Pear Tree
Beatriz Galindo and La Latina Neighbourhood
The Best Free Tour Madrid to delve into the heart of the Capital of Spain
posted under: Culture, Curiosities, Gardens, History, Madrid