It is said that people use violence when they have no arguments, but paradoxically Valle-Inclán, a genious of the word lost his arm using force in a fight.

Cervantes who was called “one-armed of Lepanto” was never really one-armed, but was injured on his wrist in the famous Battle of Lepanto on October 7, 1571 against the Ottoman Empire. Due to this setback, his poor hand remained permanently unusable, but although he couldn’t move it, he kept it for the rest of his days.
Another great playwright like Inclan also lost a hand, or better said, the whole arm, not in a naval batlle in Greece but in a street fight in Madrid in Puerta del Sol. 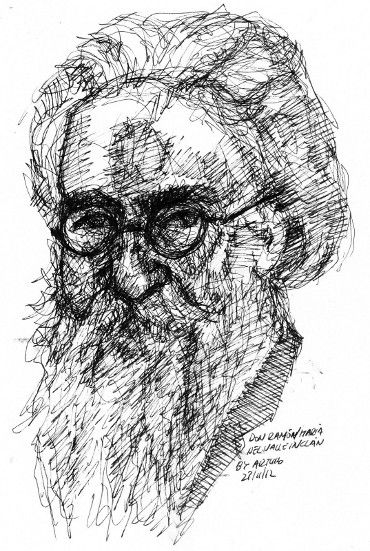 In the first years of the 20th century, Puerta del Sol was the center of the capital’s social life, as well as the place where the best hotels were located. At one time, there were up to seven large cafes in the square that competed to attract the public, and many others in the street of Alcalá. Each one of them hosted different meetings about literature, politics , medicine, bull-fightings or any other matter of interest that may be thrown. It was basically in there where the political, social and intellectual life of the country was discussed.

Until recently, in the building emplaced in the corner of Alcalá Street and Puerta del Sol, (nowadays Apple store), it is possible to see a plaque on the wall that says: “Here it was Café de la Montaña, the meeting place of the writer Ramón del Valle- Inclán”.

Don Ramón, the great poet, playwrigt and narrator, Galician arrived to Madrid in 1896 to seek his fortune in the literary swirl of the capital. Valle -Inclán soon began publishing press articles, stories, translations and poetry, and always wore flashy suits and a spectacular long beard that he walked proudly down around the streets of Madrid.

Well, if something was missing to add to his curious appearance, it was the fact of having just one arm. How did he lose it? All started at the Café de la Montaña that we talked about earlier, on July 24, 1899. The writer participated in a discussion about an alleged duel between two of his friends. One of them was a Portuguese artist, Leal de Cámara, and the other a young Andalusian. It was all calmed and relaxed when Manuel Bueno, also a writer, who tried to take place in the conversation by saying to the Galician playwright that Leal de la Cámara couldn’t participate in any duel because he was not old enough. 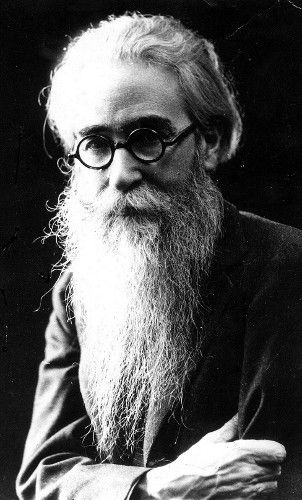 It seem a harmless reply, but Valle – Inclán responded with a question: what do you mean by that, majadero? Majadero, that means something like mad, was an insult too serious at that time.
Manuel stepped back and held up his cane. Valle took a bottle of water and attacked his adversary. Manuel hit his cane against Inclan’s wrist that protected his own face with all his energy . He stopped the strike on his face, but not the one on the twin button on his shirt that was embedded in his flesh and bones. This, along with the fact that the injured writer took several days to go to the doctor, ended up in gangrene and the wound was so bad that the only viable solution was to amputate his arm. 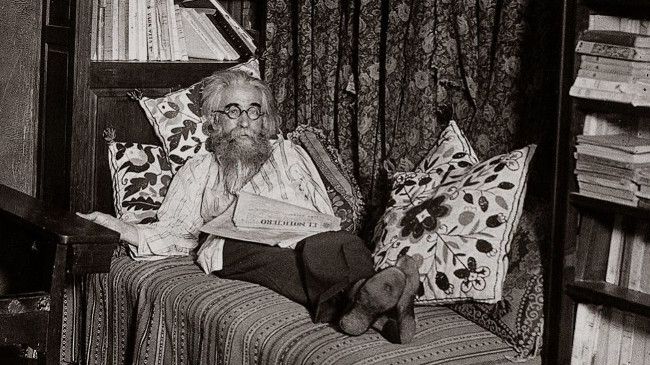 In this way, the real one-armed of the Spanish literature lived 37 years without that arm until his death. However, the other arm helped him to continue writing till become a great playwrigth. As you can see, the events of the Puerta del Sol throughout its history have changed the history of Spain, in fact they still change it nowadays.

If you want to know more about the stories and secrets of this City we recommend you to suscribe our blog as well as to try the best Free Tour Madrid to keep on discovering more new and incredible stories and secrets about this awesome and fun City. If you want to keep on more secrets about Inclán and the Spanish Literature try our free tour madrid Barrio de las Letras.