The Palace Hotel was one of the first luxury Hotels in Madrid and during its more than 100 years of history it has been visited for important guests and has kept interesting stories inside.

One of the most emblematic points of Madrid is the Plaza Cánovas del Castillo, better known as the Plaza de Neptuno, in Paseo del Prado. It’s a rondabout with many important buildings such as the Prado Museum, the Ritz Hotel, the Loyalty Square, the Church of San Jerónimo el Real, the Spanish Royal Academy, the Thyssen-Bornemisza Museum, the Congress of Deputies, and the great mass of the Palace Hotel. 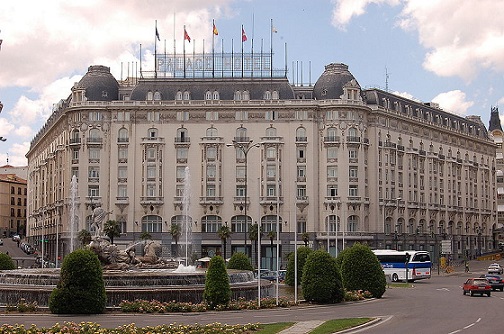 At that time Madrid had very little offert in luxury hotels and the upper bourgeoisie, artists and aristocrats had their comfort demands. At that time the Ritz Hotel and the Paris Hotel (today the Apple store in Puerta del Sol) were the only ones that offered that comfort. Obviously the wealthy classes were not going to stay in the typical pensions and ventas of Madrid, and up to then were staying in private mansions. King Alfonso XIII noticed about this after his coronation in 1902 and his wedding in 1906.

Built by Belgian-born businessman Georges Marquet with the support of King Alfonso XIII, the Palace Hotel opened in 1912 being the largest hotel in Europe at that time. It offered unthinkable and innovative services such as telephones, elevators, toilets and heating in each room.

With World War I around the corner it is not surprising that many spies stayed at this hotel. The most famous one is for sure Mata Hari, who stayed using a false name. After the drama of war, the desire and joy to live came back to Europe. Boxing evenings, fencing, concerts … The drama would return in 1936 with the Spanish Civil War, with spying and smuggling back at the Palace. Moreover, it was used as a blood hospital given the frequent power outages because its translucent dome was ideal for taking advantage of natural light and attending the wounded during the Battle of Madrid and the subsequent bombing. It was also the base for the journalists who followed the coup d’état in 1981 as well as the meeting point for those opposed to the coup due to its location next to the Congress. 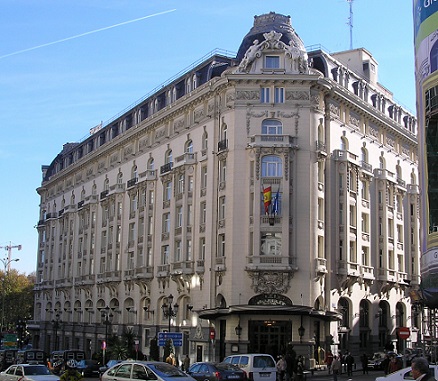 There is even a note written by Dalí and Lorca in which they ask a friend for help so that Luis Buñuel can afford to pay for a train ticket since he had already spent all his money. Dalí would later in his life stay in the Palace permanently and would even paint the romos unleashing his creativity. Ephemeral art that was quickly erased and today would be priceless!

Nowadays you can simply have a drink and enjoy the luxurious rooms with live piano music and imagine the influential people that have been between these beautiful walls and let your imagination fly free. If you want to know more about this area of the city, do not hesitate to join our Free Tour Madrid !

The Elf of The Retiro Park, a very special gardener
Where did the nobles live in the capital? The houses of Historic Madrid.
Calle de los Mancebos - The dead of a King and two executions
posted under: Culture, History, Madrid