Linares Palace, built in the late 19th Century in addition to a great artistic heritage, it hides a ghosts story inside: The Ghosts in the Linares Palace

Originally, this elegant palace was the residence of the Marquises of Linares. After having different owners and being left abandoned and in bad shape for decades, in 1990 the rehabilitation works of the palace started and since 1992 it has hosted the headquarters of “Casa de América”. It was apparently during these works when a series of strange events began to happen in the building, thus initiating the legend of the ghosts in the Linares Palace.

The workers there began to notice events they could not give a logical explanation to: the sound of steps in empty rooms, doors that opened and closed by themselves… even moans and screams in the middle of the night. All these events used to happen by the famous life-size dollhouse that was built for the daughter of the Marquis of Linares and which we can still visit in the palace. All these phenomena started to be so frequent that soon the press in Madrid, anxious for substantial headlines, began to write about “the ghosts in the Linares Palace”

Numerous parapsychologists and researchers started going to the palace. Among them, Carmen Sánchez Castro, a parapsychologist who claimed to have recorded “psychophonies” inside the building: the ghost of a mother who mentioned her daughter Raimunda and accused someone of having committed a murder. All the newspapers in Madrid picked up the news … “Are there ghosts in the Linares Palace?” “Who was Raimunda?” “Were the Marquises of Linares murderers?” Many skeptics and historians protested in disbelief at such headlines, but new versions of what happened in the old mansion continued to appear. 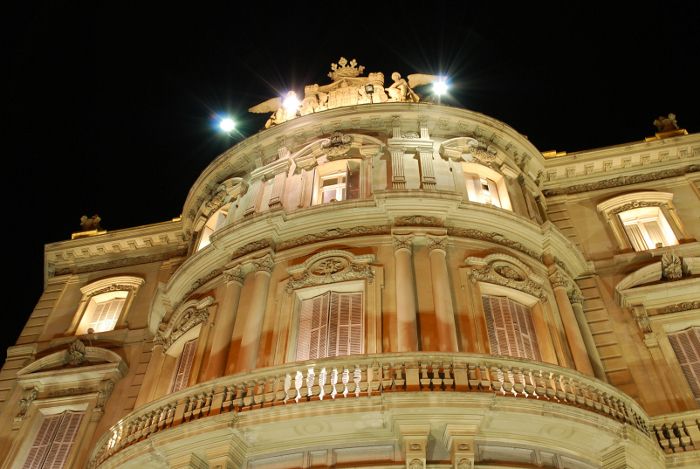 Legend has it that Mateo Murga, a rich merchant and father of José de Murga (first Marquis of Linares), forbade his son to marry the girl he had fallen in love with, Raimunda, a humble class girl. To prevent this relationship from continuing, he sent Joseph to continue his studies in England. When Mateo died, his son returned to Spain and married Raimunda and soon after they had a daughter, also called Raimunda. At that time the construction of the palace began and also, to please Raimundita, a life-size dollhouse was built inside the noble residence.

It was during the construction of the palace when the Marquis of Linares found out about the true reason why his father had always been against his relationship with Raimunda: he found a letter in which Mateo Murga explained that he had had an extramarital relationship with a woman working at the tobacco factory in Madrid, with who he had had a “bastard” daughter… called Raimunda. According to this confession, the Marquis of Linares had married his sister and Raimundita was the result of an incestuous relationship.

From here, different theories were created, always influenced by the sensationalism of the time. One theory explained how Raimundita had been born deformed and suffered different syndromes as a result of this sinful union between siblings. But the most morbid and most widespread version back then defended that the Marquises of Linares, horrified by the discovery of that letter, decided to kill their own daughter for considering her cursed and for being the proof of their incest. There were also different versions of the murder of Raimundita: drowned in one of the luxurious marble bathtubs of the palace, walled in one of the exterior walls of the mansion … and the story became even more distorted, since there were also theories saying that after the death of the Marchioness, José was plunged into grief and decided to commit suicide, but not before giving the order of being buried in the garden of the palace. 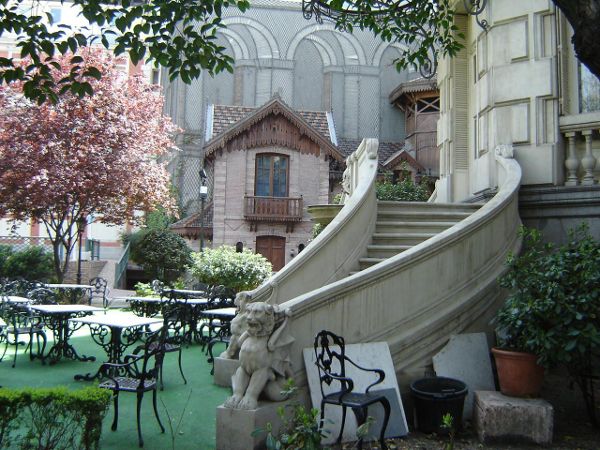 Despite all the stories told about the paranormal phenomena at the Linares Palace, different researchers have studied the origin of all these rumors and have concluded that it is simply a legend. Almost all the details given by the “workers of mystery” of the time in favor of the existence of spirits wandering around the palace… were refuted. The veracity of the psychophonies of Dr. Sánchez Castro was questioned from the very beginning; on the other hand, today we know that the first Marchioness of Linares, Raimunda, was not the daughter of any cigar maker, and that the Marquises of Linares never had biological children together although they did adopt a daughter, Raimunda (nicknamed Mundita, for whom they built the real-size dollhouse); we also know that the marquises, far from the macabre actions attributed to them, carried out numerous charitable activities; in addition, at his death, they were solemnly buried during ceremonies attended by some of the richest families of Madrid, so the theory of a burial in the garden is also ruled out.

What seems clear is that the curiosity that this legend provokes in people makes them to continue to go visit the Linares Palace up until now. Nowadays there are guided tours in the Palace in which, although of course they make reference to all these ghosts stories, the guide especially focuses on the wonderful artistic wealth that the Linares Palace hides inside. So with or without paranormal activity, we invite you to come and get to know this gem of Madrid!

Remember that if you want to continue discovering many more stories like this one, you can join one of our Free Walking Tour Madrid from Monday to Saturday. We will be waiting for you next to Carlos III Horse Statue with our Light Blue Umbrella! Looking forward to see you in Madrid!

The Tram of Madrid - Life Before Metro
Los Caños del Peral - The Pipes of the Pear Tree
Chulapas and Chulapos of Madrid
posted under: Curiosities, Legends, Madrid