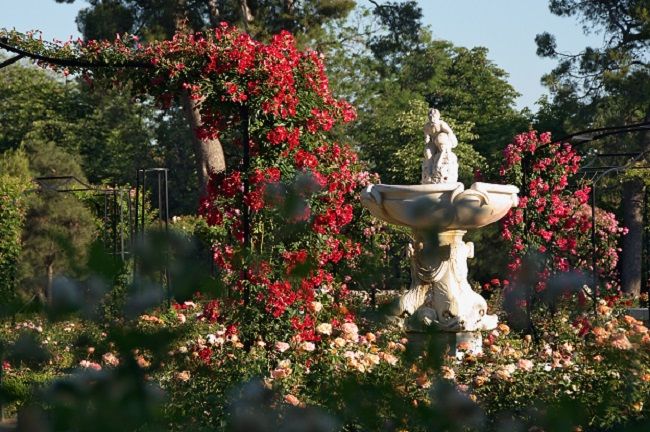 The Elf of The Retiro Park, a very special gardener

The Retiro Park is nowadays one of the very few green areas where the citizens of Madrid can get away from the hustle and bustle of the city…without leaving the center of the city! But not only that, this 118 hectares park has also become one of the must-see places for tourists who visit the Spanish Capital City. If we traveled in time a few centuries back, we would discover that in the past this park was the great gardens of the Buen Retiro Palace, a recreational area that was built for the Royal Families of the 17th and 18th centuries to enjoy themselves. And it was during those centuries when the legend of the Elf of The Retiro Park was born.

The Buen Retiro Palace and its gardens were created under the kingdom of Philip IV, so that the King along with his family and guests could celebrate receptions, parties and all kinds of activities such as theater performances, naumaquias (representations of naval battles) or military parades. It was at that time that the legend about the Elf began to spread: in the gardens of the Palace lived a mischievous Goblin who always hid himself among the trees and bushes and. Apparently, the Elf could only be seen by those couples that were truly in love. Also, already at that time people talked about the “miraculous” effects that that Elf had on the plants of The Retiro gardens, since he was even able to make those gardens bloom during the Fall.

Already in the 18th century under the Reign of the first of the Spanish Bourbon kings, Philip V, this naughty Elf of the Retiro Park became even more famous, and even the King himself was surprised by the good work of the little Elf as “Royal Gardener”. It was common to see Philip V taking long walks through these gardens. After growing up in the luxurious Versailles he was not interested in living in the Old Royal Alcázar of Madrid and liked living in the Buen Retiro Palace better. According to the legend, during one of those walks the King started noticing that the beautiful flowers of the Retiro gardens were moving from place to place from one walk to the next, although there were only a few hours difference between them… and he was so surprised that he even thought it was a prank by the gardeners! When asked them about it, one of those gardeners revealed the mystery to the King: it was all due to the work of an Elf who liked to play among the flowers of the garden and change their shapes and colors at its own free will… and nobody was able to catch it!

The king continued enjoying the beauty of the Retiro gardens that changed as if by magic, and little by little the legend became more and more popular, until reaching our days in the form of a goblin statue created by the sculptor José de Noja in 1985 and that we can still find in the Retiro Park nowadays. The statue is located on an old bear cage that belonged to the former “House of Beasts”, the old zoo of Madrid. But this is just a statue. It is said that still today the mischievous Elf is hidden among the plants of the park, and that only those couples that manage to see the Elf while walking through the park will live happily ever after.

Apparently we can still find some magic in Madrid!

If you want to discover more of the magic and History of Madrid remember that you can join us in one of our tours through our beautiful city. You can find more about here free walking tour Madrid always looking forward to showing you more of our city!